The approach was based up "Addicted to Love" which was shot by Robin Vidgeon BSC and the only change we made was to add the lights on the background so that the shadows from the ringlight were reduced.

It is lit with a homemade ringlight consisting of 12 semi-silvered photo-floods so a total of 6Kw. I've been asked at times what diffusion we used, the answer is we were shooting through a heat haze! This is the software that I use to generate these images. 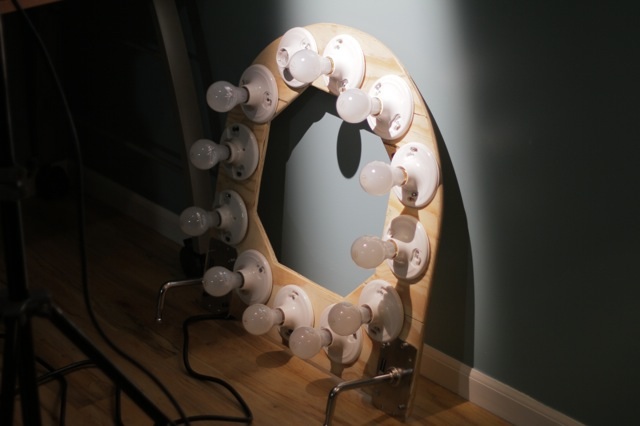 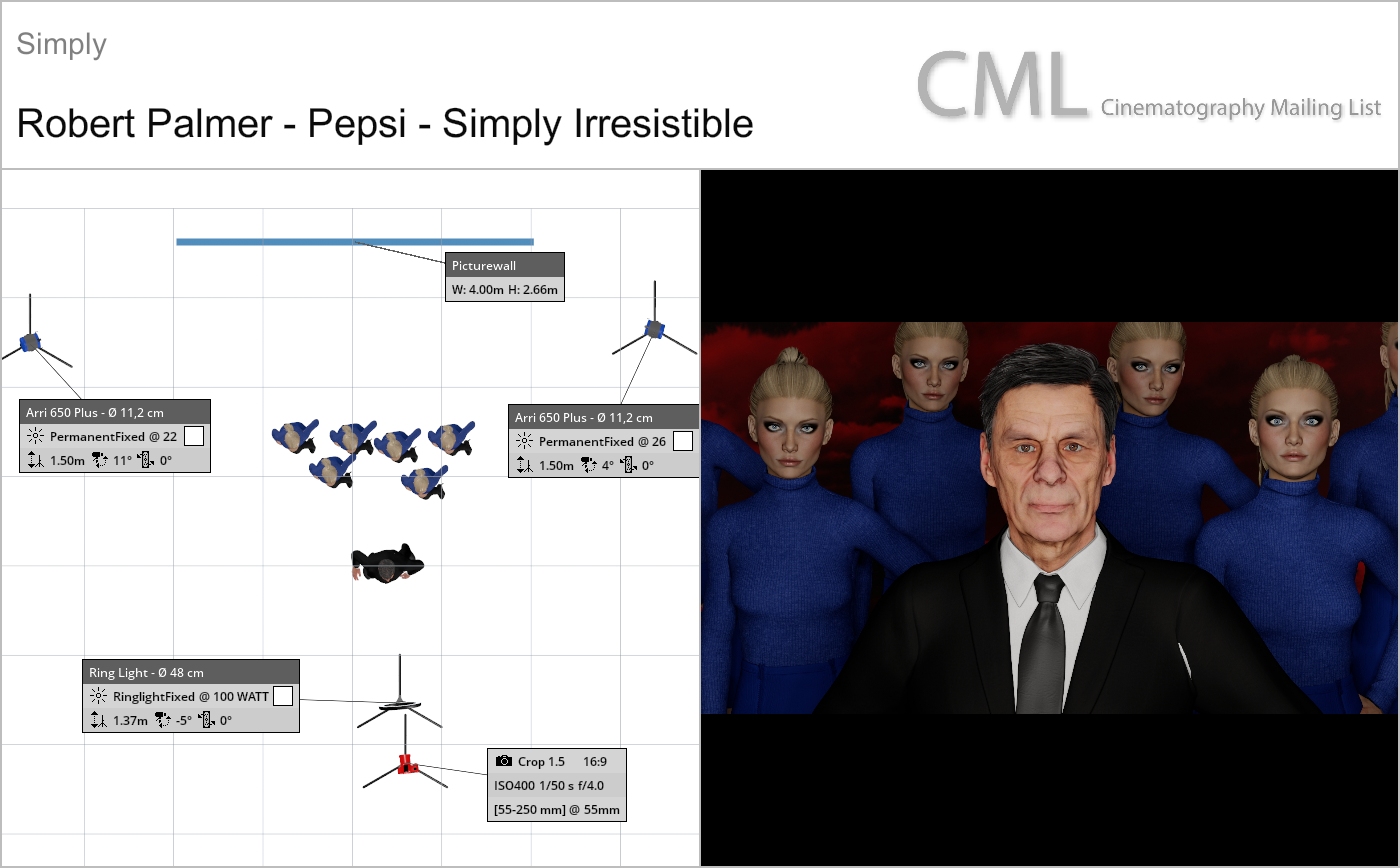